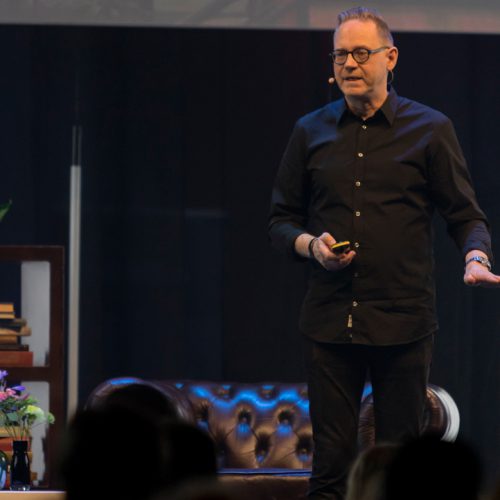 John Reid-Dodick is the CHRO of WeWork since January 2016. He previously was the Chief People Officer of Dun Bradstreet as well as the CHRO of AOL. Between 1995 and 2007 he was with Thomson Reuters in a variety of HR roles. John graduated from the Universities of Manitoba and New York with a Bachelors and Masters in Politics and a JD in law from Harvard.

About WeWork
WeWork is one of the most fascinating facilitators of new world of work; they provide space as a service and transform how companies and individuals think about the workplace. WeWork empowers a workforce to do what they love. They are redefining the work experience by homing in on the heart of every business: people. Their team of real estate, design, construction, architecture and operations experts are creating environments that increase productivity, spur innovation, and encourage collaboration. As one of the favourites of the investment community, the company recently raised another 700 MUSD in funding, which spiralled the company to a 20 BUSD valuation.
WeWork provides shared workspaces, technology startup subculture communities, and services for entrepreneurs, freelancers, startups, small businesses and large enterprises. Founded in 2010, it is headquartered in New York and currently manages 10 million square feet of office space. The company’s 100,000+ members have access to health insurance, an internal social network, social events and workshops, and an annual summer retreat. WeWork has locations in 23 United States cities and 21 countries including outside the US. In November 2017 WeWork acquired Meetup. WeWork launched a separate but related ” co-living” venture called WeLive in 2016. WeLive applies the same basic principle of WeWork to housing, offering rental apartments that are grouped together with a number of shared spaces and services, such as cooking, cleaning, and laundry, as well as group activities and events. The first tests of the concept launched in New York and Washington. Announced in November 2017 for a planned opening in fall 2018, WeGrow is a private school for kids aged 3 through students in grade 4. The first location permanent will be located in WeWork’s New York headquarters.